About the music: It’s getting chilly up here in Boulder these days, so we decided to expand our horizons and start including some delicious drinks. We chose to unplug our electronic beats and pair this concoction with a light dose melodic grooves. Enjoy. 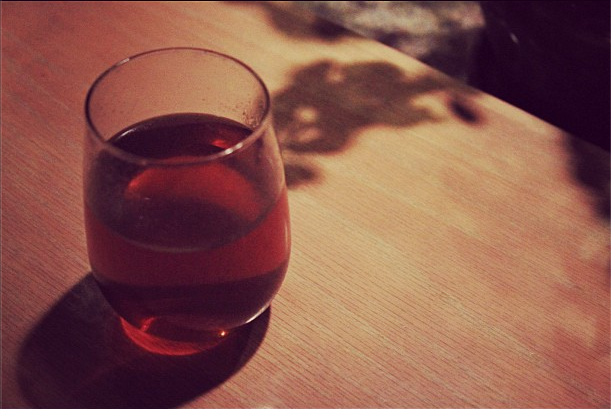 Heat the cider in a large pot until near boiling. Add all of the spices and still regularly until you can smell cloves and cinnamon from the farthest reaches of your homestead. Pour a proper serving a rum into your glass or mug and then ladle in that delicious spiced cider. Your drink is going to absolutely reek of rum until you take out the butter and shave off a nice pad to add into your elixer. The butter cuts through the smell of the rum and your left with an incredibly delicious drink to enjoy on a cold night.

About the music: Well, this is funksauce, and when you think funksauce it is hard to imagine, at least for me, any other music to listen to while making this besides the pure unadulterated funk. And by god we have really done it this time. What follows is one hour of music that just makes you want to take your pants off, grow an afro and dance around naked in your house. We cover all the bases, from the classics to those deep cuts you have probably never heard of. So press play, prep your sauce, and get dancing you funky people. Oh, did I mention that Falcon Punch mixed this himself, so you know its good.

Serves: all of your ketchuping needs
Prep time: 1-3 hours, depending on your patience level.

So this recipe is incredibly easy to make, and my oh my is it ever delicious. First, as always, hit play on the playlist and stretch it out a bit before groovin’ and chopping. Dice up your onion and throw it into a medium to large sized pot with the olive oil. Cook the onion on medium low heat until the edges start to brown up a little. Add in the tomatoes from the can along with all their tomatoey juices to the pot and crush up the tomatoes with the back of a spoon. Combine all of the rest of the ingredients into the pot and stir it up gingerly. Bring the mixture to a boil and then let it all simmer for about an hour, stirring when you are so inclined. After the simmering pot reaches a fragrance point so overwhelmingly potent that you can’t take it anymore, throw it in a food processor, or blender, or what have you and puree that shiz. Toss it in the fridge and wait till it cools down. Once chilled, devour it like a relentless beast.

If, after pureeing, the sauce isn’t at a desired thickness, continue to simmer it until it suits your fancy.

Adapted from the Homesick Texan

About the music: this dish is 100% savory with a kick of spice. We chose some soulful jams with a little flare to them to match this dish. Plus, it’s probably going to be your appetizer so the music is a good jumping off point for the rest of your evening. The first artist, Michael Kiwanaka, was unknown to us a week ago, but his folk influence jazzed out jams have really won us over in recent listenings. As for the rest of the music, it’s hard to improve on the classics so we layed out a pretty star studded tracklist. 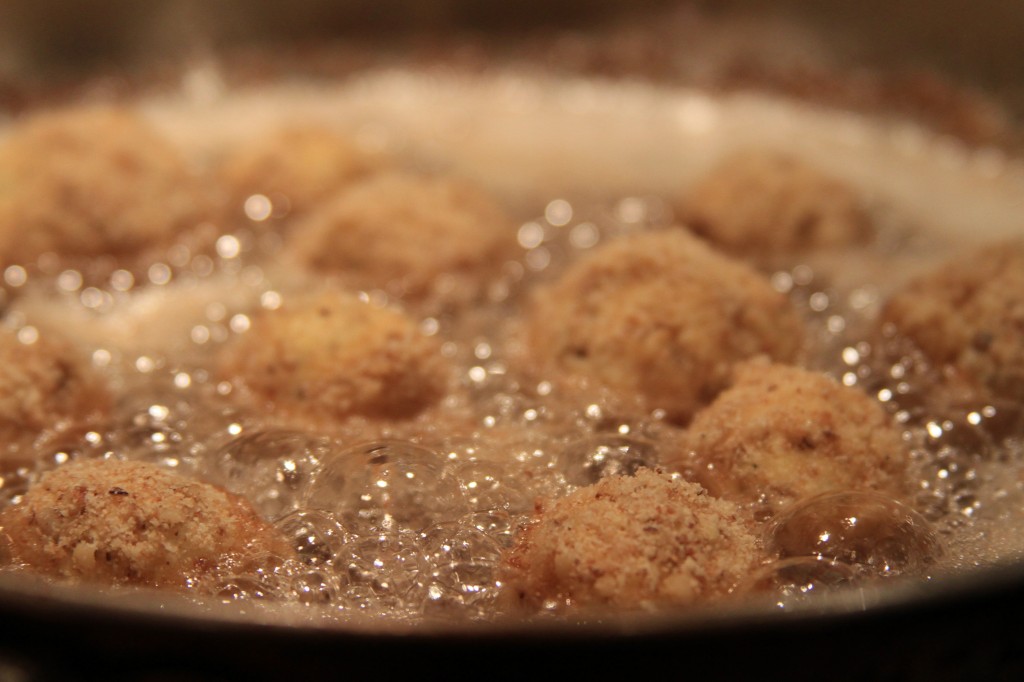 For the Aioli, combine and whisk all ingredients in a medium sized bowl until everything is blended together nicely. Check the heat level as you may want to add more hots, or lime if you were a little heavy-handed at the beginning. Once the spice level is right chill the aioli until the fried goat cheese is ready to serve.

Now for the cheese balls, take the goat cheese and combine it with the red pepper flakes, dried basil, and ground black pepper. Take out two plates and one bowl from your respective cabinets. Whisk the eggs together in the bowl and place the bread crumbs and walnuts on one of the plates, leaving the last one open so you can place the readied cheese balls on it. Form the cheese mixture into balls about half the size of a golf ball and then dip them into the eggs followed by the bread crumbs/walnuts until they are fully coated. Fill a small skillet with about a 1/4 of an inch of oil and start to heat it up. You are going to want to get the oil pretty hot, but not too hot…you know, that just right temperature where if the oil were porridge, Goldilocks would be chowing face on it. Carefully lower the cheese balls into the oil and wait until they have browned fully, flipping them as necessary. Remove them from the oil and place them upon a paper towel until you are ready to serve them, which should be right about know because they are delicious and I don’t know how you could hold off on eating them. Plate them up right and serve with a healthy dollop of aioli.